Singa the Courtesy Lion is a popular mascot used in Singapore kindness campaigns. Also called as Singa the Lion, the mascot is widely used in badges, stickers, banners and in many other forms in kindness movements. 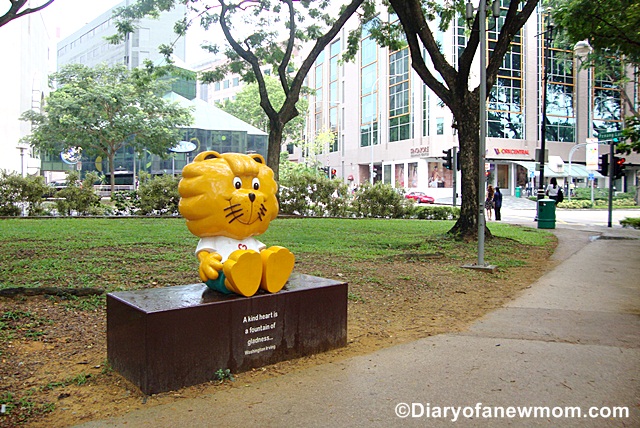 Although he is a popular mascot in many events, Singa the lion resigned officially from his duties on 2013.But still I can see the Singa Lion in publications and in different places. We received a Singa Lion toy in last year SG50 celebrations too. 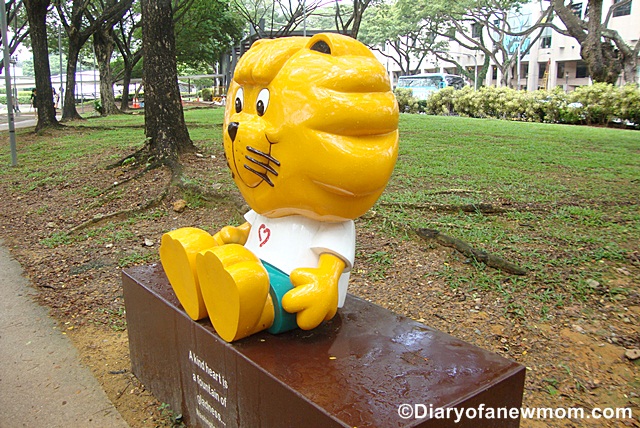 Our son loves his Singa Lion which he received from the last year SG50 celebrations. He has much attachment for lion toys and he take his toy lions wherever he go. Sometimes we keep our eye on the toy, because if he forgets it, we know we have to run here and there to locate the lion as lion is his best friend. 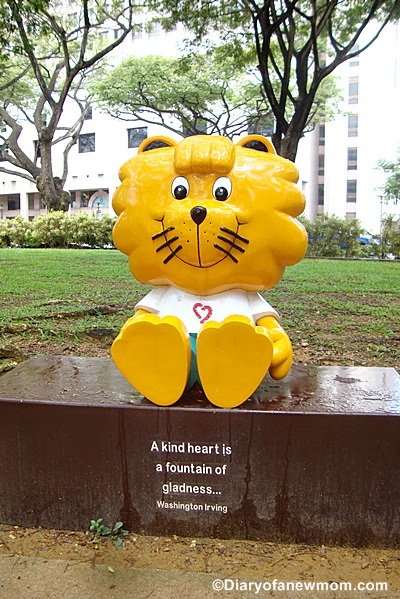 Last week we were lucky to locate Singa Lion in Dhoby Ghaut as a beautiful statue. My son was so happy and he could spend few hours there while talking and touching the lion. 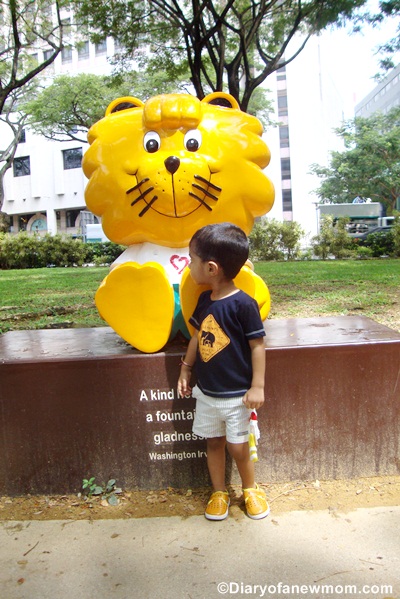 A kind heart is a fountain of gladness –This quote teaches us a valuable lesson for the life. Thanks Singa Lion! 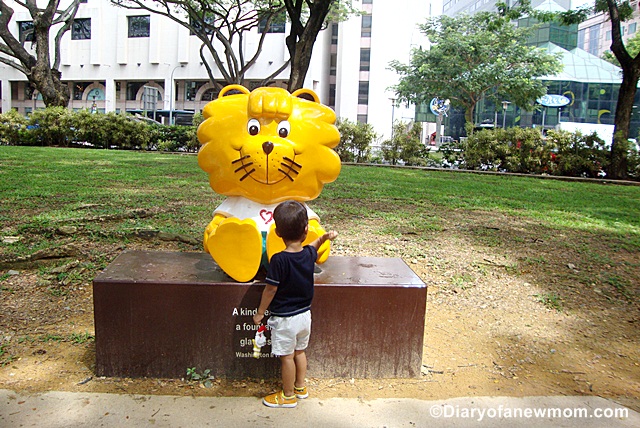 While locating the Singa lion at Dhoby Ghaut, you can also spend time in the beautiful area around while sitting on a swing. 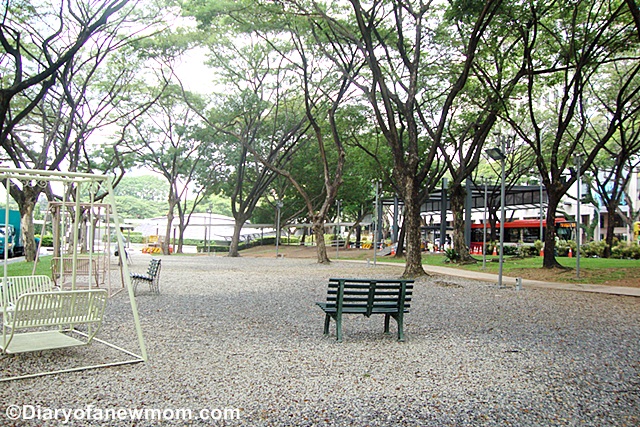 6 thoughts on “Singa the Courtesy Lion at Dhoby Ghaut”