Now that 3D printing pens are coming to the marketplace, drawing has been reinvented as an extraordinary new form of three-dimensional sculpture. 3D pens allow users to trace solid forms in strands of plastic. The pens are fed with plastic filaments which are heated and then deposited wherever the user guides the pen. These tremendous creative tools literally add a new dimension to the fun and imaginative process of drawing. 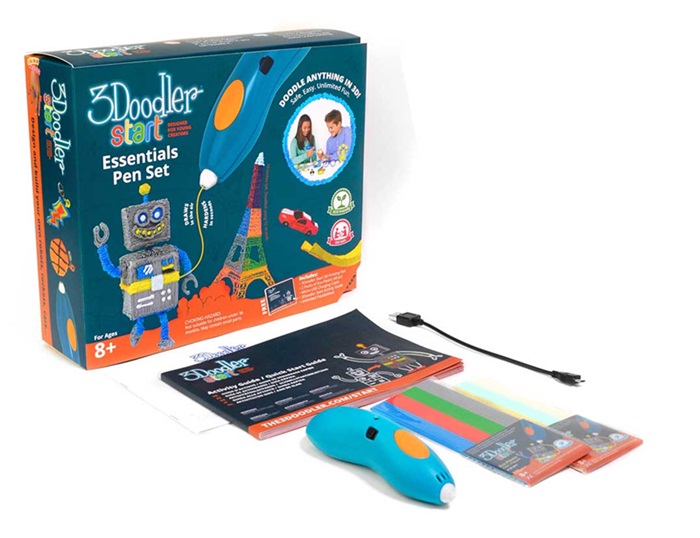 These are some of the best 3D drawing pens currently being sold that are specifically designed for kids’ use. They have a handy 2-speed feature that gives the user greater creative control. Warm up times on the 3D Doodler pens are very brief, and both models feature multi-color LED indicators.

The Scribbler 3D Printing Pen lets children draw in the horizontal and vertical dimensions. It also has an integrated OLED control screen for finer detail management. The Scribbler pen also has an advanced filament control feature that reduces mess and waste in the drawing process.

The Soyan 3D Arts & Crafts Drawing 3D is another solid, easy-to-use device that has a lot in common with the Scribbler 3D Printing Pen. It too features two-axis control that lets users draw horizontally and vertically. One of the distinctive features that kids are sure to love is the Soyan pen’s ability to use multiple filament colors simultaneously. The straightforward control panel makes it easy to switch from one color to another.

The Sketchpro 3D Pen is a robust, full-featured device packed with a lot of features users are sure to appreciate. It has a spacious LED screen allowing access to device options like filament color, heating preferences, and more. A free e-book that introduces first-timers to the world of 3D object creation is included. The Sketchpro 3D Pen runs on non-toxic PLA filament.

This versatile pen is another excellent choice for kids who should be encouraged to explore their creative side. The Smarson 3D Printing Pen gives the user control over filament heating and color through an LCD screen. The tool’s total weight is light, making it easier to use without fatigue. The Smarson pen accepts ABS, LEA, and PLA filaments.

The Dream Maker is another featherweight 3D pen. It’s easy to handle and suitable for use by younger children. One particular feature that parents are sure to appreciate is the inclusion of a number of different templates young sculptors can use to plan out new 3D projects.

This 3D pen is built from the ground up with kids in mind. Designed for use by children as young as six, the IDO3D operates according to a different mechanism than the pens described above. It uses a specially-formulated ink that dries under UV light using the included lamp. Note that user reviews indicate this pen can get very messy in use. Here’s a list of some other 3d pens too.